ʻOumuamua is the first ever interstellar body that was observed while it passed through our solar system, which makes it a really cool object. Hundreds of thousands of asteroids and comets have been observed, but all of them originated from within our own solar system. It was known that interstellar asteroids and comets must exist, because it is clear that objects can be “flung out” of our own solar system too. This happened a lot during its formation, but continues today, mainly through interactions with Jupiter. Since this must also happen in other planetary systems, interstellar visitors should be expected once in a while. 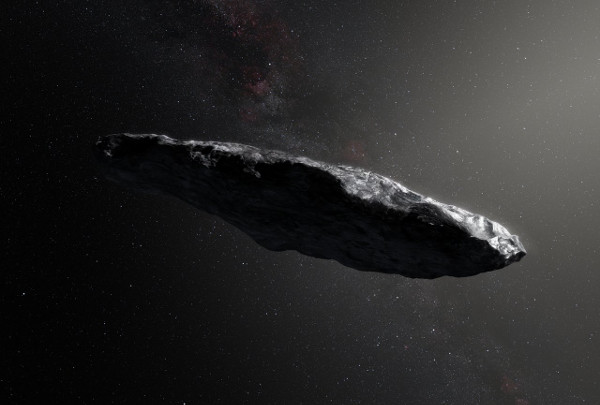 Figure 1 shows an artist’s impression. These are always a bit dangerous, and I’ve hesitated before including it. Your mind might lock to the image and make it a reality, although very little is known of how the object actually looks. Of course, the person that made the image tried to make it match the available data as good as possible, and one of the striking properties of this particular object is that its light curve indicates that is very elongated, with an estimated size of about 230 × 35 × 35 m.

ʻOumuamua is the Hawaiian word for scout, and the “accent” at the beginning of the word is the letter ʻokina from the Hawaiian alphabet. Because it is the first of its kind, a new naming convention was introduced for it. The full official name of the object is 1I/2017 U1 (ʻOumuamua). The I is a capital i for interstellar, not a lower case L. Of course, just ʻOumuamua is probably sufficient, and even simply 1I if the context is clear.

Anyway, the count of observed interstellar objects that have visited our Solar System is now one instead of zero…