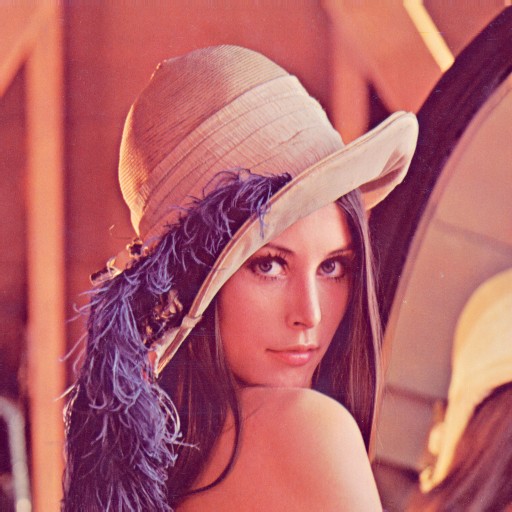 There are two kinds of people in the world. The first have seen the Lena (or Lenna) image before; most of them have done at least some work in image processing, or happen to have read the November 1972 issue of Playboy magazine. The second have probably never seen it.

My own research in image processing is on computed tomography (CT, sometimes called CAT, for computed axial tomography). Since tomography visualizes the inside of people and objects, the Lena image cannot be used there. However, when I read articles on general image processing, this image keeps popping up as a test image. It is used for things like compression, as in the case of jpeg, and noise reduction. The repeated use of the image is not due to laziness; using an image that your readers are familiar with actually makes it easier for them to interpret your results, since they know how the image is supposed to look, even without looking at the original.

The story of this image starts in 1973. Researchers from the University of Southern California had grown tired of the same old test images that they were always using. They wanted something new. Just at that time, somebody walked in with a recent issue of Playboy. This being effectively something new, they scanned (part of, as you can imagine) the centerfold image. And, to this day, the image is part of the miscellaneous volume of the USC-SIPI Image Database of the University of Southern California.

The illustration above is the full 512×512 image, in jpeg format to reduce the file size. The image is not perfect, by the way. Due to some error in the scanning process, the creators of the image had to repeat the top line a few times to make it exactly 512 pixels high (remember that this was in 1973, when scanning a picture was not a trivial task yet). The color is also a bit off. The popularity of the image, even though it is mostly used in professional research journals, becomes clear through a Google image search for the term “lena”, where it is among the first results. So, if you found this article while searching for Lena Meyer-Landrut or Lena Headey, which seem to be two of the currently popular Lenas, I’m afraid I must disappoint you…

The person in the image is Lena Söderberg (born Sjööblom) of Sweden, who was Miss November in 1972. An amazing part of the story is that Ms. Söderberg herself only learned about this usage of her photo in 1988, and Playboy magazine only in 1991 (a discussion on copyright followed, although Playboy now seems to allow the use of the image for research purposes). In 1997, Lena Söderberg was invited to the 50th anniversary of the Imaging Science and Technology conference in Boston. And, she actually attended. It must have been great to meet the person behind the iconic test image in real life.

Since I’ve mentioned that the Lena image cannot be used for tomography, you might wonder what a typical test image for CT looks like. Well, an often used image is the Shepp-Logan phantom, which depicts an abstracted cross-section through a human head. This image was proposed by Shepp and Logan (you didn’t see that one coming, did you?) in 1974. A bit sad, compared with the fancy images that the general image processing people can use, don’t you think?