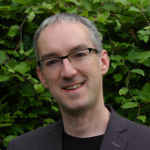 This is the personal site of Tom Roelandts. I’m trying to whet your appetite for science with this thing. My education and interests show through, of course, since I focus on stuff that I feel confident writing about. The site used to be solely about the photos, and I still think the thumbnails page is rather cute, but the emphasis has clearly shifted towards the articles and the tools lately. I am on Twitter and on LinkedIn.

The focus of the articles themselves has been shifting towards signal and image processing, driven by the creation of my company, Impulse Response (yes, you can hire me!). Lately, I’ve also added a number of tools, to put some of the concepts from the articles in practice. The two main ones are the Filter Designer and the Tomography Demo, both built on AngularJS.

The site exists since 2004 (from 2005 on the URL tomroelandts.com). It started purely as a photo site, although the older photo series were made before that time. Since 2011, the site is powered by Drupal, an open source content management system. This is also the time that I started blogging on it. I use MathJax to render mathematics, and any editing of the photos was done with GIMP.