This is part one of a tutorial that describes how to create a reconstruction of a cone-beam computed tomography (CT) dataset (also read part two, part three, and part four. This tutorial includes the preprocessing step that is needed to go from raw X-ray images to projections (in the mathematical sense of the word) that can be used for tomography. 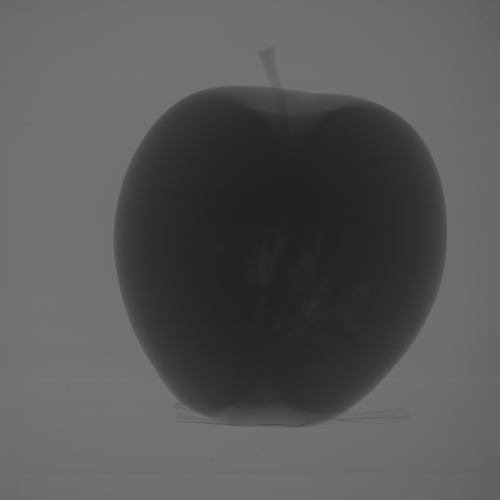 Converting this info into the format of the first Python fragment of the article ASTRA Toolbox Tutorial: Reconstruction from Projection Images, Part 1 results in the following Python file.

Thanks for this great tutorial. It may be a silly question but can you please tell me about the margin and horizontal_shift, I mean what to do they mean.
I am also trying to do cone beam reconstruction on a dataset where I have parameters offsetH and offsetW (in positive values) in pixels(unit) and I think thats why the projection are biased to the left and tilted downward. I don't know where do I need to pass in ASTRA toolbox geometry.

horizontal_shift is used in part four to correct for the axis of rotation not being entirely in the middle of the detector. margin is used in part three to estimate the intial intensity of the X-ray beam. Your offsetW could be a value to use for horizontal_shift (or the negative of the value). For offsetH you could add something like the roll statement in the reconstruction script, but then for the vertical axis.

Hi Tom,
Thanks for your reply. I found out later in the tutorial what(horizontal shift and margin) they are used for.
You mentioned thats we can use Astra for the adjustments of geometry. Can I use this function astra.functions.move_vol_geom(geom, pos, is_relative=False) instead of using np,roll() because in my dataset the background is not clear like in your dataset.

Hi Tom,
Thank you very much for this excellent tutorial.
Could you please tell me that how did you calculate the amount of horizontal_shift ?
I saw it's effect on my image reconstruction, but i don't know how should i calculate it's amount for each dataset.
Thanks a lot

Thanks for your kind words! There are techniques to estimate this from the data, of course, but the ASTRA Toolbox does not contain algorithms for that. Commercial scanners normally include this functionality in their bundled software. To keep things simple for this particular example, I decided to stick with an integer value for horizontal_shift, and I actually determined the best integer value by making several reconstructions and picking the best one... ☺